Welcome to my site

Since almost ever, Ive been interested in all things military, historical or fantasy. However it was many years later, during an extended work trip from home and the wife( soon), that I actually did something about it and got into wargaming.

A collegue at work talked me into trying a games workshop 40k and far from the expected nerdy, geek types, I actually met a good bunch. Also dabbled with warhammer and D&D, however it wasn't until I got home to blighty and read a book by Harry Pearson - achtung schweeinehund! that I arrived back at historicals. Harry, if my wife ever finds you, she may kill you....:) Actually shes been extreamly good, to the point of buying me toy soldiers to paint up as gifts. She even helps out. Anyhow with this new bottomless pit of choices of spending my cash ahead of me, I delved straight in and joined a local club. The guildford wargames club and I could not of asked to meet a finer group of gents in helping me out and knowledge. So they are also partly to blame for the numerous projects Ive started and never ever finished. With that all in mind, I decided to post up a blog. Something where I can shove photos and ideas up and hopefully get some feedback from like minded gamers. So - Here goes :) 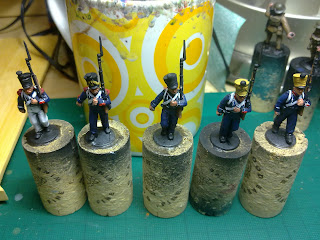 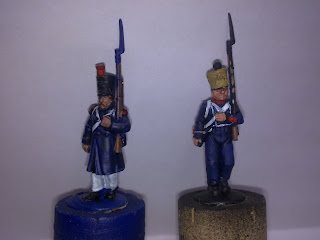 Im pleased with these, however close photos always show the mistakes!

close up - not a great photo 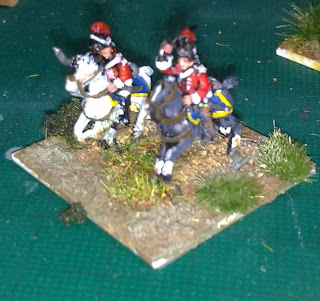 Ok, next batch are completed. A little basing here and there and the odd touch up left on them, however they are getting betteer. Ive light dragoons, arty, long rifles and Jaegers up next. 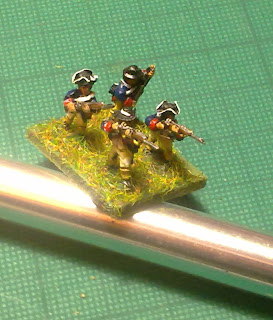 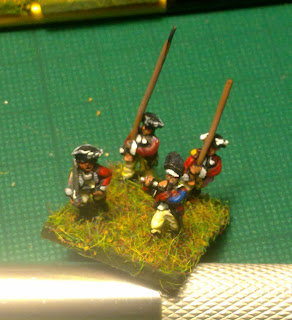 Hessians (not as pleased with these, rushed them)

The 10mm world of AWI

I had some pendraken 10mm American War of Indepedance figures so I thought Id try them out, much to my suprise they are as good as some 15mm's Ive seen! So with a knee operation coming up and 8 weeks recuperation Ive thought Id have a go at painting up the battle of Guilford court house. Here are my first efforts. Comments always welcome


First up my order of battle 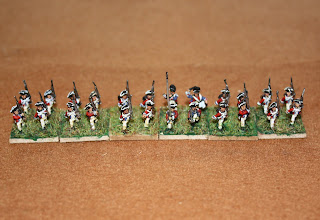 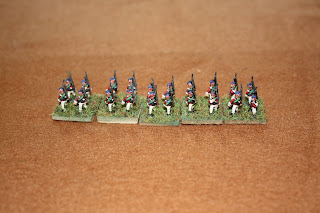 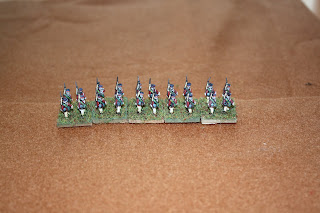 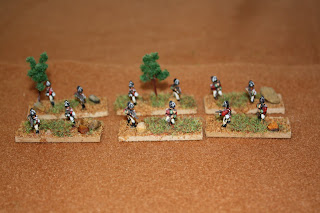 A member of TMP was asking about black cats 15mm castle range, which got me thinking about the same set, I recently bought at Salute. Ive dusted it off and gave it a grey base coat, just need to work out how im going to set it up now. I think I'll make a couple of bases, one for the full castle and one for a long single wall with turrets. Anyhow, heres what you get in the large castle set
Short walls and corners, the non painted stuff is stairs and collapsed walls. 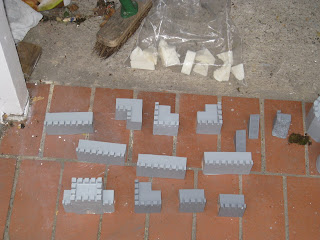 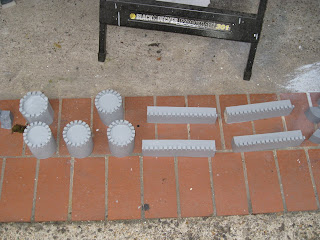 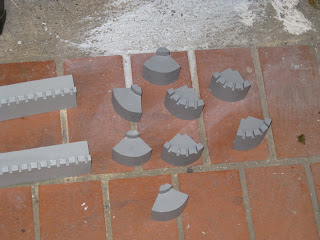 I also received wedges with the set. They are walled and fill in the gaps between curved tower and straight walls, all very nice
Posted by Keith at 13:55 No comments:

Back to napoleonics again......

As a break from ancients, I found some nice AB pics on the web, thought Id have a go myself. Ive plenty of brits and portuguse, so heres a few testers for my highlanders. Let me know what you think 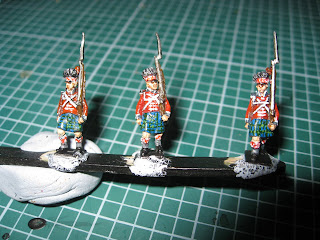 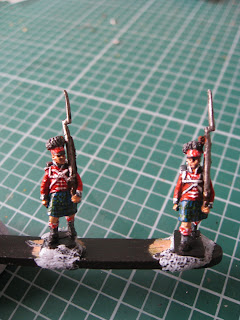 
On Saturday, I played my first large scale battle and only my 2nd game of FOG. It was all down to a fellow clubmate, Ray who organised, fed and provided the venue, so many,many thanks to him for doing such a great job. 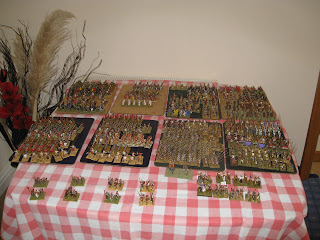 The game started with a massive pike line along for the macs and cav on either wing. The Romans supried us with a cavaly in the centre with legionaires etc on the wings and to the right of centre. 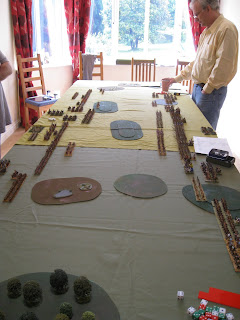 Two centres and two wings were each controlled by one player, I took one of the macs centre lines, containing mostly pike, skirmishes and two elephants. 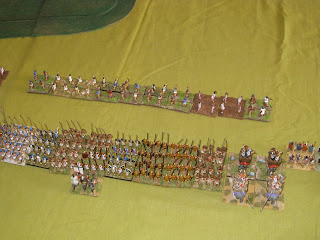 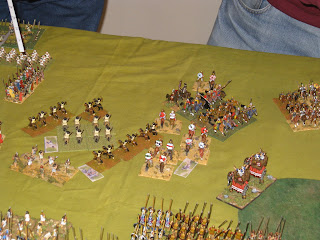 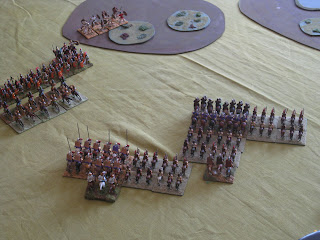 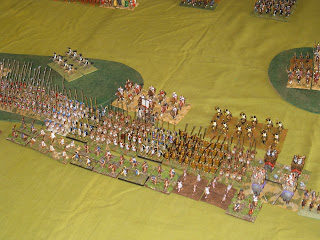 Keith
Wargame enthusiast, who just cant make his mind up what project to work on....